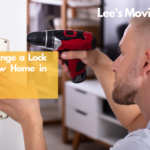 How to Change a Lock in Your New Home in California

There is nothing like walking into your new kitchen in the morning and seeing a neighbor drinking a cup of coffee. And why shouldn’t he be there? He’s had a key to that place for years and was a friend of the former owner. Now that you have decided to move to California, you have to do one thing before you look for your favorite mug—change locks when you buy a house! There is no telling how many keys that belong to your house are out there. Let’s see. There’s the neighbor who used to feed the cats. And the... View Article

Guide to California Sports They sure know how to win. Sports teams in California are having a banner year taking home the Super Bowl trophy and recently winning the NBA championship with the Golden State Warriors and a barrage of threes by Stephen Curry. Now it might be the Los Angeles Dodgers turn to win another title — or maybe the Padres or Giants. There are so many teams to pick from. And that’s the point. If you have done your research and hired the best mover in Northern California and are moving to the Redding area, get used to... View Article

Moving Box Removal Guide – AFTER YOU HAVE MOVED You have made the big move in life and love your new home. Now, what to do with all those cardboard boxes? For the last few weeks you spent hours packing dishes, toys and cups into boxes and carefully labeling them so you can find what you need in a hurry. But now you have 50 cardboard moving boxes Redding CA filling your garage. What to do? It seems like a waste of money to simply break the boxes down and throw them away. You can get rid of moving boxes,... View Article

Should you Install Solar Panels in Your New Home?

You’ve moved cross-country to California and quickly realized two things: The sun is always shining. Everything is really expensive. Why not let the former – ample sunshine – help you with the latter? Installing solar panels can cut your electric bill. It’s no wonder why California is the best state for solar power. Panels get lots of direct sunlight, which beams down practically all summer. This means solar panels can convert lots of energy and lower your electricity bill. Plus, consumers benefit from incentive programs when they invest in solar energy systems. The Net Energy Metering program enables homeowners to... View Article

Don’t be a Victim of a Moving Company Scam

Deciding to move isn’t easy. There are a lot of unknowns as you plan your move, which can be scary. You can only hope everything has been thought of for a successful relocation. Once you get to your destination, there is one unknown we hope you don’t have to deal with—that you’ve been the victim of a moving scam. Nearly 40 million Americans move each year, and thousands of those people are out $10,000 or more because the movers they hired are not reputable, professional movers, but instead moving brokers or other types of scam artists. Protecting yourself against a... View Article